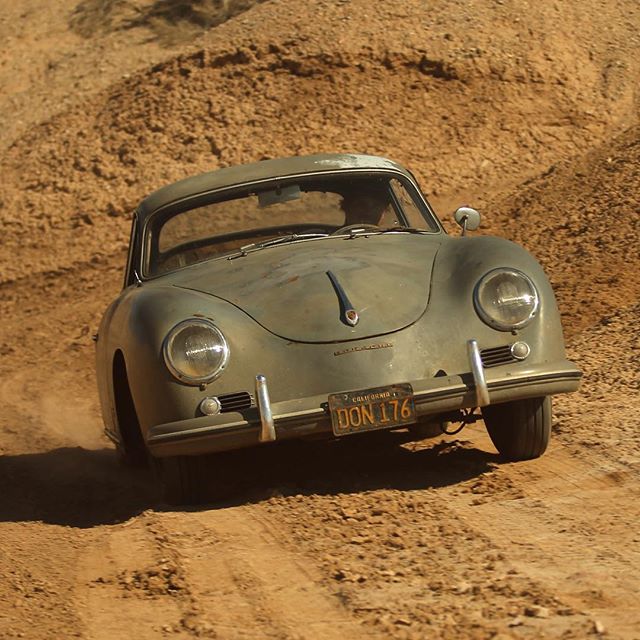 Matt Hummel is not your average kind of car enthusiast, so it should come as very little surprise that his legend-in-its-own-time Porsche 356 is an especially interesting example of the rear-engined Porsche breed.

Oh, did we mention that his 1956 classic is regularly exercised where only Jeeps and Land Cruisers normally go?

The Californian says he focuses on a car’s authenticity and its past when he picks one up. In this more than 20-minute-long video from new YouTube documentary channel Praemio, which is worth every minute of your time, we learn Hummel’s story and how it intertwines with this 356.

The car is something of a celebrity, having been regularly spotted by enthusiasts while Hummel is out enjoying it. The reason why: It is an unrestored example that he drives all the time in any kind of terrain or weather.

Hummel’s history with 356s goes back almost two decades, well before people were spending hundreds of thousands of dollars restoring them.

This particular 356 is a ’56 with, what Hummel says, is “really cool character.”

Hummel says people telling him what he can and cannot do with the 356 only eggs him on more to enjoy it—whether it’s on a dirt road, over a snowy pass, or even on a glassy smooth canyon road. In other words, he treats it like a Subaru. But nobody is dropping $ 100,000 on a Subaru that needs a restoration.

Ford Bronco pickup shown in design video, reportedly due by 2024