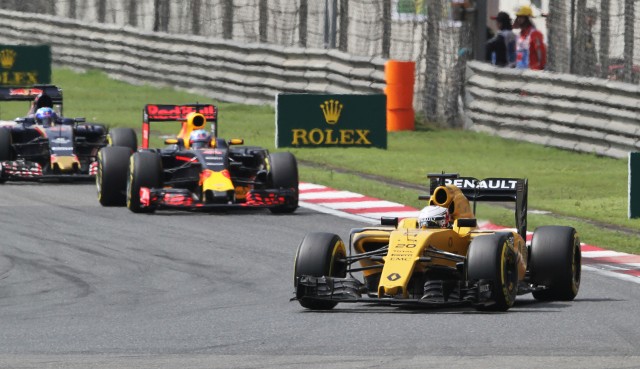 Despite some very public digs between the heads of Red Bull Racing and Renault in recent years over the French automaker’s Formula One power units, the two sides remain committed as evidenced by the extension of their supply contract.

Red Bull will continue to use power units sourced from Renault for the 2017 and 2018 seasons. In addition, Red Bull’s feeder team Toro Rosso has also agreed to return to Renault power units for the next two seasons, thus its current deal with Ferrari [NYSE:RACE] will end after the 2016 season.

The partnership between Red Bull and Renault, which started in 2007, is shaping up to be one of the longest and most successful in F1. Recall, it was with Renault power that Sebastian Vettel earned his four Drivers’ Championships.

Though Renault has struggled since the new turbocharged V-6 hybrid power units were introduced in the 2014 season, recent performances show the French automaker is catching up to current leader Mercedes AMG. Red Bull’s Daniel Ricciardo is currently third in the 2016 Drivers’ Championship after Mercedes drivers Nico Rosberg and Lewis Hamilton, and Red Bull itself is third in the Constructors’ Championship after Mercedes and Ferrari.

The cars of the 2017 season will be radically different due to rules allowing longer, wider designs. Power units won’t be changing much, although there will be some restrictions on dimensions, weight and the materials used.

Get a grip on a Ferrari F1 steering wheel